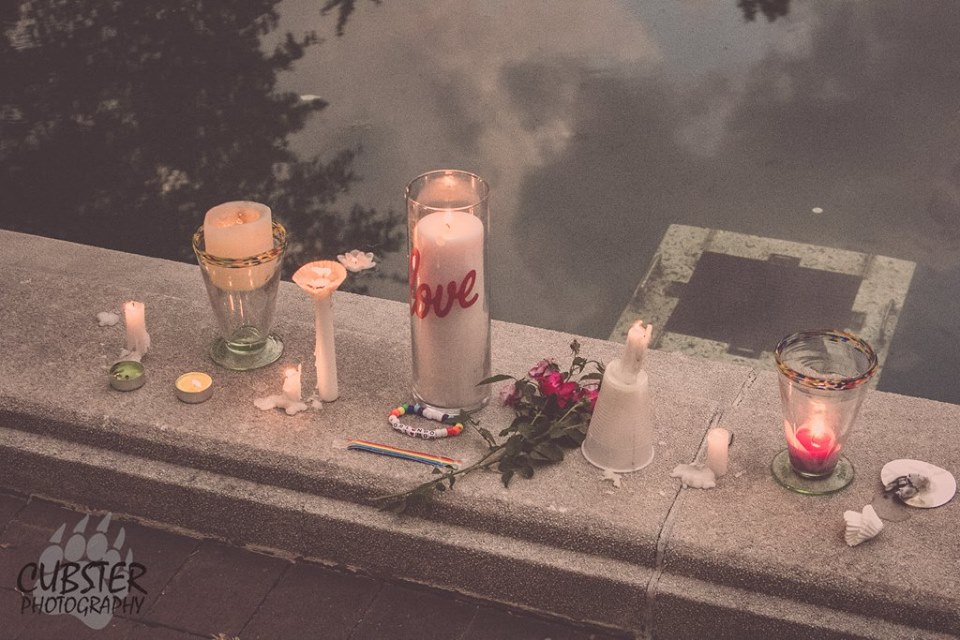 I am deeply indebted to Kimberly Knight and “A Lesbian’s Lectionary Journey” for insights and assistance in writing this sermon.

Then Jesus came from Galilee to John at the Jordan, to be baptized by him. John would have prevented him, saying, “I need to be baptized by you, and do you come to me?” But Jesus answered him, “Let it be so now; for it is proper for us in this way to fulfill all righteousness.” Then he consented. And when Jesus had been baptized, just as he came up from the water, suddenly the heavens were opened to him and he saw the Spirit of God descending like a dove and alighting on him. And a voice from heaven said, “This is my Son, the Beloved, with whom I am well pleased.”

This is the Word of the Lord.

When we look at the baptism of Jesus, there has always been one question I’ve struggled with: “why?”

John’s baptism was specifically stated as serving to signify repentance for the forgiveness of sins – what we would today call “believer’s baptism.” And while we Presbyterians typically don’t practice that form of baptism, we do live in Alabama, and our understanding of theology is heavily influenced, whether we like it or not, by Evangelical, Southern Baptist theology. So the idea of Jesus needing to be baptized is… confusing.

I don’t think I’m alone in this. John the Baptist himself resists the idea of baptizing Jesus – depending on how someone translates the original Greek, he might have had a quiet conversation with Jesus right then and there, or there might have been an ongoing argument about it, where this was the final confrontation… or John might have been physically blocking Jesus from getting in that muddy water.

But there are a few things I do know, which is probably a good thing, since otherwise that would be the end of the sermon.

Up to this point in the Gospel of Matthew, Jesus has had everything done for him: Angels have declared him, have given warnings for his safety, Joseph has protected him, his parents have raised him… we are three chapters into the narrative before Jesus speaks a word!

And when he speaks that word – when the King of kings and Lord of lords makes that first decisive step into his own story, it’s a step into the mud and mire common to all humanity. When the Messiah, the Son of God, the firstborn of all creation, present at and active in the creation of all that is, speaks his first words, they are words of submission to the will of God. “…it is proper for us in this way to fulfill all righteousness.”

It can be argued that, up to this point in human history, God was transcendent – separated from humankind, existing independent of natural law – “up there” somewhere. At least, that’s how everyone viewed God. Some people – prophets, kings, folks like that – were present at times when the barrier between heaven and earth grew thin, and God poked through with a Word, with a sign or a miracle… but for the most part, humans made sacrifices and followed the Law as best they could, and hoped for something more. Waited for something more.

John the Baptist knew that Jesus was that something more – in the two verses just prior to today’s reading, he said, “I baptize you with water for repentance, but one who is more powerful than I is coming after me; I am not worthy to carry his sandals. He will baptize you with the Holy Spirit and fire. His winnowing fork is in his hand, and he will clear his threshing floor and will gather his wheat into the granary; but the chaff he will burn with unquenchable fire.”

I wonder – we see a bit of John’s protest against Jesus, and Jesus’ reply… I wonder if the discussion went something along the lines of this:

John: Wait, what? Me baptize YOU? Number one, hello, I’m not fit to carry your shoes, much less baptize you. Number TWO, you might have noticed that I am proclaiming this baptism for repentance and the forgiveness of sins, and unless you’ve forgotten, you don’t need any of that! Jesus, you’re meant for greater things!

Jesus: Yes, I know. And the greater things start here.

We can wax philosophical about God becoming flesh and having to be potty trained and learn how to walk and use a fork, but it’s here on the edge of the wilderness, the banks of the Jordan, where philosophy meets reality.

Because Jesus couldn’t do the will of his Father by spending all his time the Temple courts or in the palace of a king. The people who really need to know that God loves them usually don’t live in church or occupy the halls of power. In order to do the will of his Father, Jesus had to live among people who knew pain and loss and fear and hunger and thirst and illness and death and oppression and the numbing monotony of spending every waking hour toiling and scraping to cobble together just enough bread and beans to feed the family for one more day. He had to know that hunger intimately, personally. He had to know what it felt like to be thirsty. He had to know what it was like to have sand and dirt blown into your eyes and nose and mouth as you trudged along dangerous roads. He had to know what it was like to be so bone-tired you’d sit in the dirt, back to the shady side of a well in a town in Samaria, and ask the first person you see for a drink of water.

The greater things start here. So yes, John stepped aside and Jesus stepped into the mud, his feet sinking to the ankle and making those loud schlorping noises as he walked down into the barely-tolerable cold water.

The baptism of Jesus was a constructive act of destruction – building the salvation of all creation by breaking down every sociological and theological barrier between God and humankind, a declaration that, once and for all, God really is with us.

The baptism of Jesus it was an act of submission – Jesus giving his life and will over to the Father and to God’s plan for the salvation of humankind.

Because however a group or denomination or faith tradition views the act of baptism, however wet one gets when they’re baptized, what we are saying when we baptize and are baptized is that God has broken down the barrier of sin.

And I want to be very specific about that word, “sin.” Paul Tillich writes, “Do we realize that sin does not mean an immoral act, that “sin” should never be used in the plural, and that not our sins, but rather our sin is the great, all-pervading problem of our life? Do we still know that it is arrogant and erroneous to divide [people] by calling some “sinners” and others “righteous”? For by way of such a division, we can usually discover that we ourselves do not quite belong to the “sinner,” since we have avoided heavy sins, have made some progress in the control of this or that sin, and have been even humble enough not to call ourselves righteous…

…this kind of thinking and feeling about sin is far removed from what the great religious tradition, both within and outside the Bible, has meant when it speaks of sin…

So however a group or denomination or religious tradition practices baptism, however wet we get, what we say when we baptize or are baptized is that we are no longer a human race searching for ourselves while cowering before a God outside of creation – nor must we cower before the powers and principalities of this world (religious or political) – we are beautiful children of God, unified with God and all of creation, with whom God is pleased.

We have different vocations, different paths we walk day-to-day, but make no mistake: we share the same calling. Wherever we are and whatever we do, we are called to be Jesus moving and acting in the world today. We are Christ’s hands, feet, eyes, and body: We help, we love, we lift up, we love, we defend, we love, we affirm, we love, we feed, we love, we clothe, and did I mention that we love?

The greater things start here. So… let’s get moving.